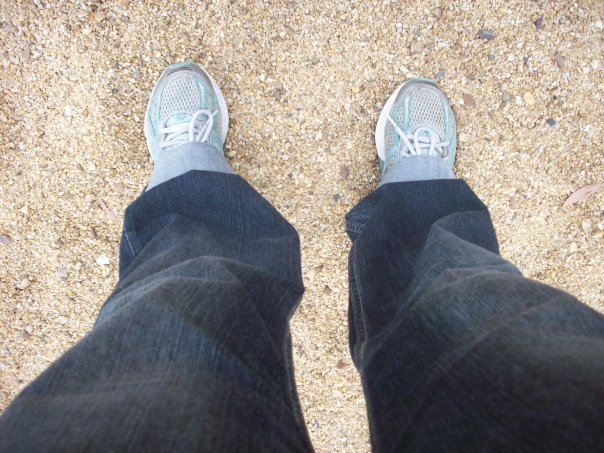 Hello there.....ready to read about my next adventure....this time I bring u to the Land Below the Wind.......Sabah bah (as u know the state is so big so I just manage to explore Kota Kinabalu...mayb will cover more area in my next trip) !!!!!

here goes....
Friday – 27.08.2010
After a week full of waiting in anticipation, I was upset a bit after having to stay back after work for a while and by the time I got home I was so tired. Took out the clothes but didn’t pack, instead took a short nap while waiting for my friend, Ray who was travelling with me to arrive. Forced myself to get up, pack up, ate some dinner, lepak for a bit and then tried to sleep but couldn’t! Argh!!!!....forced eyes to close and did fell asleep for a bit till the alarm rang at 3 am. Got up and took my bath….final check and off to KL Sentral to take bus to LCCT. Thanks Santhi Akka for the early ride to Kuala Lumpur Sentral!
Saturday – 28.08.2010
Why can’t the flight be at 9 am of something? Times likes this I wish I had my own airplane. Anyway till then, guess just have to wake up at odd hours to get where I want to go. Took the 4 am bus to LCCT and it started raining cats and dogs. WTF! Why don’t it rain like that when am burning @ home? GRRRR……arrived @ LCCT at about 5 am. So many people were already there. Guess there’s even earlier flights than mine! Since this was kind of last minute plan, we didn’t have lots of cash of us, so imagine our surprise when we had to pay RM60 when checking in the luggage! Hmm…there goes my budget calculation! 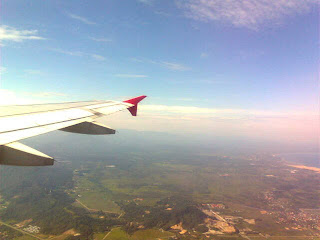 After checking in we tried to get some breakfast but the eateries were quite full @ that time…guess Malaysians can eat for 24 hours! We end up burning another RM30 for breakfast that should have just cost RM15! After the quick bite, we were off to board the plane with rain still pouring like there’s no tomorrow! It caused delay of almost half hour which we didn’t mind since our check-in time is only at 2 pm. After flying for 2 ½ hour, finally we reached Kota Kinabalu, ! I was happy because I finally made it before I hit 32 years old! It was burning hot and after picking up our luggage, we got a cab to Beringgis Beach Resort which burned another RM60! Sigh…holiday have not even started and already RM120 gone!
Anyway, while in the cab we chatted with the driver that filled us up with really useful information. During the cab ride we felt like we were in Terengganu. It was so nice just to see green plants and the beach along the way to the Resort. We arrived at the resort at about 11 am-about 3 hours early than check-in time and the nice people at the resort allowed us to get inside the room early! Yeay! Room 418 was our home for the following 3 days. First thing I look for…bathtub and there it was! Yes! The room was so cosy. We unpacked, rested a bit, and then hunger pang hit! Ordered one of the most expensive Nasi Goreng and some Chicken Wings! The food was tasty and was just enough for both of us. After that we were glued in front of the TV and I end up snoozing. Got up again around 5 pm and we hit the beach…just walk by…watching the sunset, which was quite early…by 6 something the Sun was down.
We went to the Cabana Restaurant to claim our welcome drink and end up eating pizza.
Somehow we were hungry all the time! After that took a stroll outside the resort to look for other eating place but none was within sight or walking distance so went back to the resort, lepak a bit more then off to Cabana Restaurant for dinner. I ordered spaghetti…both Carbonara and Marinara together in one big plate and also some fried prawns along with fries while my friend ordered rice set with chicken and mushroom soup. The price was…well, pricey but then, one bite of the spaghetti and I was in haven! It was soooooooooooo tasty and I was getting full. I had to take several breaks before could finish the plate. My friend’s rice set and mushroom was also tasted top notch! The dinner was worth every penny! With a stomach full of spaghetti I had no room for the fries and prawns so we tapau it back to the room. We were so full so we just head back to the room and I soaked myself in the bathtub, got out…finished up the fries and prawn and then dozed off. Good end for the first day! 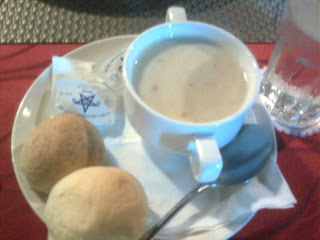